After finishing Leaping Cat last week I felt such a sense of accomplishment that I embarked on a stitching binge of which the main feature was picking up whatever project caught my eye and doing something with it. You’ve already seen Dilly Mouse but here’s what followed:

First I started a project released at Nashville this year that I just had to have, even though it requires too much tiny stitching! Here’s With Thy Needle and Thread’s Ode to the Ort Box II which is over 1 on 32 ct evenweave.

My eyes needed a break from that so I started another Nashville project, The Blue Pot Sampler from Mani di Donna. Oh but this is pretty and I love it! It’s stitched with Gloriana silks! Yay! You can see I am into it.

Then, on top of a pile in my “stash area” which was being rearranged, I found this kit, Hearts at Christmas from The Common Thread.

I am pretty sure I found the kit by chance on Etsy, though the designer no longer has an Etsy shop. It is a super lovely kit very reminiscent of The Victoria Sampler and Atalie, which is why I like it so much. It is turning into a quick stitch too…

In the same pile, I found Buzzzzzz from Bent Creek. It also looked quick, and different from my other choices. I got it all ready. I found some linen…but it was way too light and the buttons would get lost. So I ordered the proper linen, Autumn Leaves from R and R I think, and it is gorgeous. So it is started too.

And finally, as  I was rearranging my floss rings while I was putting away the floss from Leaping Cat, I had to put some of it back in the project bag where I’d borrowed it from last year, the bag that holds my Snowflower Diaries calendar project. I thought that’s needed some attention! You know how if you put a project down for long enough you can fall in love with it again? Well, that happened and now June is coming nicely! I bet I can even get it done in time for June! Ha!

I know a lot of stitchers do some crazy stitching during “Maynia” and start 31 projects or something like that. I can’t see the enjoyment in that for myself even though it is fun to see others do it. However, this week of random starts was awfully invigorating and I made good progress on many things. I wonder if I can bring any to completion this month?! Wait and see!

Thank you so much for reading my blog! I really appreciate the time you spent with me! Have a wonderful day!

I started this blog in 2016 to chronicle my stitching life. My Grandma M. taught me to cross stitch when I was 7 and I’ve had a project (or many!) going since then. I am mostly a cross stitcher who makes forays into other types of embroidery. A lifetime ago I studied French and art history but now I fit my stitching around a busy life raising 5 young kids with my wonderful husband. Thank you for spending some time at my blog! 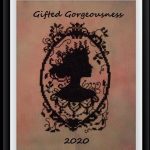